Why Will You Learn Chinese?

Every day, people are experiencing lives enriched by having learned the Chinese language. Whether they’re improving their job opportunities, advancing their own businesses overseas, expanding their dating opportunities, or making the adoption of a Chinese child easier, they would tell you their lives are better for it. 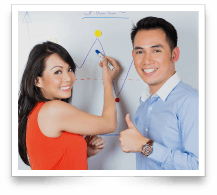 Chinese for Your Business Career:

As one of the largest trading partners of the United States, and as the second largest economy in the world, China cannot be ignored by the business community. Businesses, many of which have long-term investments in China, are on the look out for potential hires that can be trusted to nurture or develop business for them there in person. Maybe it’s your own business that you’re looking to develop over seas. We feature a Business Advanced level of classes just for the student wishing to focus in this area.

Chinese to Enrich Your Travel Experience:

Students of Chinese will tell you over and over how it made a difference to know even the most fundamental basics of the language when they traveled to China or another Mandarin Chinese speaking area. At NEC Chinese Language School, we’ll tailor your program for a traveler, along with those cultural contexts you should be aware of when visiting.

Chinese for Your Life:

Nothing can bridge a cultural gap in a dating or social situation like knowing something about the other person’s culture and heritage. Instant something-in-common!

For many adoptive parents of Chinese children, it’s important to keep their cultural heritage a part of their lives, whether the parents themselves learn Chinese themselves then teach it to their children, or whether they use NEC Chinese Language School as a way for those children to recapture that themselves.

It could be easier than you expect… 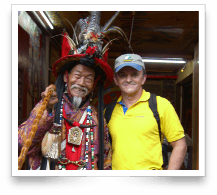 Many assume that because of apparent complexity of the Chinese written language, that learning to speak Chinese would also be as difficult. This isn’t necessarily true. The Chinese language has a relatively uncomplicated grammar – unlike learning French or German, Chinese has no verb conjugation (tenses) to memorize and doesn’t use noun declension (distinction of gender and number). As an example, a student of the English language has to learn multiple versions of a verb, while the student of Chinese has only one word to remember. Same with plural words – just one noun in Chinese. Other aspects of the language will be familiar to speakers of the English language, like word order – subject, verb, object – and many concept which are translations of their English counterparts.

In addition to the People’s Republic of China and Taiwan, Mandarin Chinese is also spoken in the Chinese communities within Indonesia, Thailand, Singapore, Malaysia, Brunei, Mongolia, and the Philippines. In total, one-fifth of the planet speaks Chinese!

If you have any questions about how learning Chinese could enrich your life in a personal or a practical way, please contact us for more information about our offerings.

Last year's Summer Camps were a great hit for those who attended them. We're pleased to announce this year's dates. See our Learn...

Learn Chinese IN China with Us!

We're pleased to be offering this wonderful opportunity at NEC. Students of the Chinese language can now join us to learn Chinese...

Did you know there is no need to wait to begin learning Chinese? At NEC, classes are begun and proceed according to each students...

I feel so lucky that I finally found you as my two kid's Chinese teacher. Over the past 3 years, I’ve sent them to four different Chinese schools, but they did not like any of them and I had to quit. Not because I was a quitter but I found the way the teachers taught did not interest them. So...

My initial struggle with pronunciation quickly transformed into a more natural tongue as our classes continued. Thanks to you I was able to not only speak with the small children on my China trip, but the lessons on bartering also allowed me to speak Chinese to workers and shop owners. Thank you so...

I spent over a year trying to learn Chinese from the popular courses without success. Then I began the program at NEC and started improving immediately. The one-on-one training gave me the feedback and direction I so desperately needed. The professionally trained educators were smart, friendly, and...

… I was very impressed with how you ran the class. Your energy level was great and my kids really responded to it. That was the most involved I have ever seen the students in Chinese class. Everyone was engaged, having fun, and responding loudly. It was really great to see! I also thought it w...

Thanks for all your Emails to communicate about my son. I showed your email to my husband last night and he was very impressed with your strong responsibility as a teacher. He is happy that I found a great teacher for our son. We are sure that he will not only learn Chinese very well from you, but a...